Dickson First United Methodist Church is excited to host a Christmas Concert featuring Paul Saik on Friday night, December 2nd at 7pm. Paul Saik is a Christian Musician who is an accomplished vocalist, organist and pianist. Paul is living his purpose with every breath and every step…armed with a passion for sacred music and a sincere desire to reach others with the powerful message of Christ’s love.

Paul is currently the Music Minister at New Bern United Methodist Church in New Bern, North Carolina. He currently directs multiple vocal and instrumental ensembles, but in addition to his duties at the church, he tours around the country providing worship concerts. 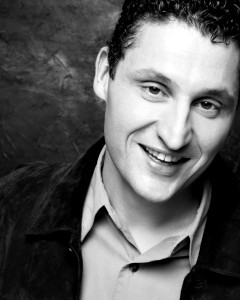 A native of Jackson, Mississippi, Paul began playing piano at age 3 and spent much of his time performing in church.  His first church position came at the young age of 13 as the church pianist at First Baptist Church in Pearl, Mississippi.  He quickly developed a love for church music and started playing the organ at age 16.

A versatile singer, he has performed with opera companies throughout the United States and around the world. But after many years of performing on some of the biggest stages in the world, Paul realized that the successes of his career could not outweigh the stresses and challenges that he faced every day.  In the summer of 2003, Paul felt God’s call back to his first love…sacred music.  Although he enjoyed tremendous success and opportunity throughout his career, Paul could not deny the call on his life to share his testimony through music.  “I was happy doing opera, but it did not satisfy my soul.  It did not fulfill my passion for music.  However, God did use it to prepare me for where I am now.  I also realized that a life without God is a life not worth living.  It made me realize that as much as music provides happiness for me, that only God could provide the happiness that I had lost.”

Paul recorded and released his first CD of sacred music, I Choose Jesus, in the summer of 2004.  A collection of piano/vocal and solo piano tracks, it is an artfully crafted reflection of his calling into Christian music.  Since then, he has released 9 more cd’s and compilations.

His passion is leading people in worship, and his music has touched many people, as he has performed in numerous churches throughout the country.  His concerts are a unique journey through his life as he performs various styles of music.  You can hear everything from opera, Broadway, organ, piano and vocal solos.  But everything leads to his desire to bring comfort, guidance and the presence of God to each listener, so that they may know that God truly loves them.  “I don’t know why God has blessed me with the talents He has, just as He blesses every person with their own…but I want to use them to honor Him, to thank Him, to lead others in worshipping Him.  My prayer is that all who see how I live my life, find Him in me.”

Paul will share a special Christmas Concert which is open to the public and free of charge on Friday night Dec. 2nd. A free will love offering will be accepted to support Paul and his ministry. For more information, please call the church office at 615-446-2917. The church is located at 215 North Main Street, Dickson TN 37055.

Preschool News for the New Year
Scroll to top